American Friends of the Centre Pompidou

The American Friends of the Centre Pompidou is an American-based not-for-profit dedicated to supporting the Centre Pompidou in Paris. The Friends’ mission is to support the Centre Pompidou through raising funds to enable acquisitions, exhibitions, conservation and other work; encouraging artwork donations; and loaning and gifting works of art to enhance its collection. The Friends foster connoisseurship and a dynamic exchange of ideas through special events, exhibitions, and trips for art lovers that offer unprecedented access to artists, private collections, modern and contemporary architectural treasures, and world-class museums in the company of Centre Pompidou curators of modern and contemporary art, architecture and design. 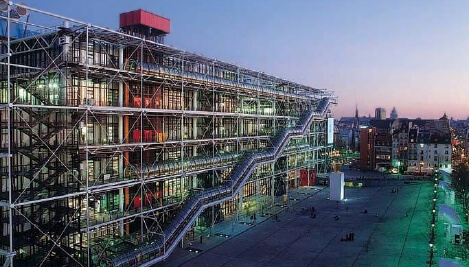 Established in 1977, the Foundation was led for twenty years by Dominique de Menil, whose forward-thinking leadership continued until her death in 1997. Thanks to her unwavering, foundational support and the dedication of our many friends and collaborators, since 2010, AFCP has received gifts and pledges of over 550 works of art totaling over $50 million in addition to donations of approximately $8 million for restoration, exhibitions, acquisitions and more, all of which have been used to advance the mission of the Centre Pompidou in Paris. We are grateful for the efforts of the group of donors and collectors who are the cornerstone of the Friends’ success. Today the Friends continue to uphold the values that were hallmarks of de Menil’s life as a collector and patron of the arts: independent vision, intellectual rigor, and enlightened philanthropy.